A subnormal agglomerate is a form of irregular occupation of land – either public or private - owned by a third party, for housing purposes in urban areas, usually characterized by an irregular urban pattern, with scarce essential public services and located in areas not proper or allowed for housing use.  In Brazil, those irregular settlements are known by the names of favelas, invaded areas, slums in deep valleys, slums in low-lands, communities, villages, slums in backwaters, irregular lots, shacks and stilt houses. As a major reference about the Brazilian population’s living conditions in all municipalities and intra-municipal subdivisions – districts, subdistricts, neighborhoods and localities -, the Population Census allows better identification of the subnormal agglomerates. So, it allows one to see their distribution throughout the country and to characterize services related to water supply, sewage disposal, garbage disposal and provision of electricity in those areas, thus presenting to society an update of the scenario of those areas of Brazilian cities that demand special public policies.

About the publication - 2019 - Preliminary results

A Subnormal Agglomerate is a type of irregular occupation of land owned by others – either public or private – for housing purposes in urban areas. In general, they are characterized by a irregular urban pattern, lack of essential public services and location in areas restricted to occupation.

Aiming at meeting the demand of the Brazilian society that is currently facing a major crisis of public health, due to the Covid-19 pandemic, the IBGE provides, in a preliminary format, the mapping of the Subnormal Agglomerates. A population with precarious socioeconomic, sanitation and housing conditions usually lives in these areas. As an aggravating factor, many Subnormal Agglomerates have a very high building density, which allows the dissemination of the Covid-19.

As such, it is an anticipation of results, aiming at providing the society with information for fighting against the coronavirus (Sars-CoV-2) pandemic, especially important for those vulnerable areas of the Brazilian cities.

In addition to mapping, the estimate of occupied households for the Subnormal Agglomerates is also being released. This estimate is the amount of occupied households estimated by the IBGE to be enumerated in a given territorial division. This forecast is either confirmed or revised only after the census. The objective is to provide an up-to-date parameter of the size of the agglomerates for the purpose of health policies.

The final results of the Subnormal Agglomerates will be released after the census operation and can be adjusted.

More on the product - 2019 - Preliminary results

The IBGE launches today (21) the Covid-19 Dashboard by Municipality, with interactive maps that enable... 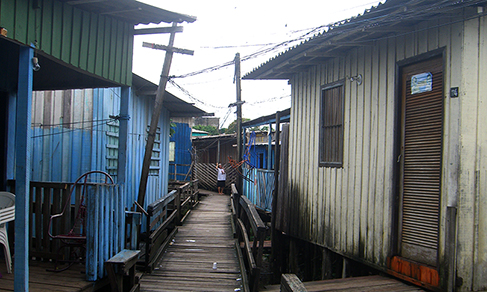 What is a Subnormal Agglomerate?

A Subnormal Agglomerate is an irregular occupation of someone else’s property – private or public – for residential purposes in urban areas and, in general, are characterized by an irregular urban pattern,  lack of essential public services and localization in areas restricted to occupation. In Brazil, those irregular settlements are known as favelas, squatting, grotto, lowlands, communities, villages, floodplain areas, mocambos, stilts, among others.